‘The Invisible Man’ is directed by Leigh Whannell and stars Elizabeth Moss as Cecilia, a survivor of an abusive relationship that now has come back to haunt her in the form of something only she knows is there. This ‘Invisible’ entity begins to call Celilia’s mental health into question by everyone around her, but will she be able to break through to them and save herself, or is this all truly in her head?

This is from director Leigh Whannell who previously directed the film ‘Upgrade’, an incredibly underrated sci-fi horror that came out around the time ‘Venom’ had. Whannell has this unique sense of direction when it comes to camera perspective, and with subverting expectations that you’d normally come to see from the genre he’s in. With Universal giving up on their ‘Dark Universe’ of classic movie monsters, they have given Blumhouse studios and Whannell the chance to reinvent the character and introduce a new element of horror. What perplexes me about this film is that I feel it accomplishes both of these goals and more in some cases, but I found myself completely underwhelmed with what I was given.

First, let’s talk about Elizabeth Moss, who is the showcased performer in this film. the entire thing rides on her performance of being able to emote with nothing on the screen. It’s reacting to nothing, that makes her performance so great for this film. Moss does a great turn into madness that was creepily realistic, albeit kinda cheesy in some points, perhaps as a nod to the classic horror genre. Her support system in the film comprises of a police officer and his daughter, played by Aldis Hodge and Storm Reid. They both were good in the roles that they played, but the characters are fairly ordinary and don’t have a lot of depth to them. The big crime for me comes from the lack of screentime from Oliver-Jackson Cohen, who plays the abusive ex in the film. I’ll speak more as to why it hurts the story for me later, but I mention him now because of how tremendous he was in Netflix’s ‘Haunting of Hill House’ where I found out about him. The severely underuse his acting abilities in this film and I was hoping to see more once I knew it was him in the role.

The film takes ‘The Invisible Man” and gives an updated “Harvey Weinstein” twist to it that is timely and makes the horror for some that much scarier. The problem for me regarding the story is in the old adage of “show, don’t tell”. I can appreciate the symbolism of not ever showing Cecilia and Adrians (the ex) backstory, but only hinting at it. But it severely handicapped my fear of him or any situations that were surrounding him throughout the movie. I liked the aspect of Cecilia losing her mind, and maybe keeping things more ambiguous to if it was real or not, but rather than taking that route, the story gives a twist where you’ll either be sold on it or tap out like it did. It’s a bold choice and for the most part, my audience really enjoyed where the story went. There’s also a lot of dumbing down the story by having a character have to explain to you what you just saw, rather than the visuals telling the story which were enough. I felt talked down to towards the end when it really wasn’t a difficult thread to follow. 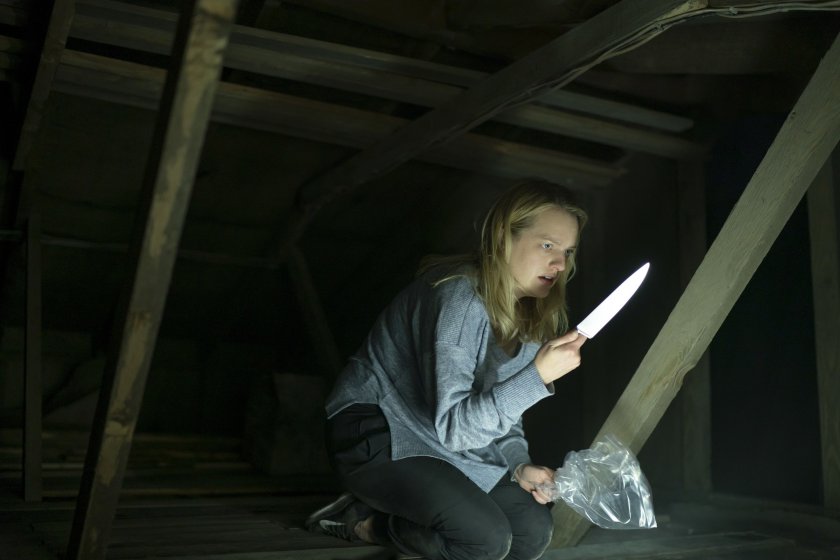 Overall, I had a mixed time with this film. If you love Elizabeth Moss she’s great in it, and there are some interesting concepts and to be fair, I believe I am more in the minority of people who had less of a good time watching it. If they had tweaked up the story a little and trusted their audience to fill in the gaps better, I think we’d be talking about one of the better horror films this year. But for me, it will remain invisible.