‘Spike and Mike’s Festival of Animation’ is a documentary covering the same-titled animation festival in New York. This festival was home to many of the best animators and birthed many professionals into what they are today. This documentary means to cover why it was so important for its time, and also look into where we are in the world of animation today as far as creativity and the ability to make whatever you want.

Now, for me watching this documentary was very interesting. I loved how they were able to explain the festival, all of its components, and I got to learn a little more about the world of animation and the struggles with being a freelance animator wanting to make art. Unfortunately, I never got to attend this festival, so I don’t have a real scope of what it was like. But the good news is a friend of mine did attend and I got a full interview with him for this review!

Luckily enough for me, I got a chance to meet one of the people interviewed in this documentary. This is our email correspondence, and I’ll say honestly this is the coolest opportunity I’ve had just to email over some questions to this guy. He’s a damn national treasure and my Mr. Rogers! So, without further ado, Here’s Weird Al Yankovic.

When was the first time you became aware of Spike & Mike and what they were doing?

Sometime in the late ‘80s, Spike and Mike accosted me on a street corner in Westwood, California and shoved a flyer for their animation festival in my face.

Did you ever attend a show? If so, what stands out in your memory about the show as being the best part of it?

I attended many shows over the years. The films are all of course, fun, but the thing that really sticks in my mind is the party atmosphere that those festivals had.  It was really a kind of communal weirdo experience.

What made you interested in being a part of this film?

I love Spike and Mike – I’m a fan and I’m their friend, and it was an honor to be asked.

You have been a champion of animation throughout your career. What were some cartoons that you loved growing up?

I was a big fan of the golden age of Looney Toons – particularly the Tex Avery and Chuck Jones stuff.  They were ostensibly made for kids, but there was always something bizarrely deviant about them.

What are a few of your favorite shows airing today?

How has animation influenced you in your own art?

Animation warped my brain at a very early age and made me everything that I am today.

What is your favorite style of animation?

I like the strange, fluid, off-model stuff the best.

Why should people start investing their watch time into more animated screwball shorts?

Because we’re all going to die soon, so why not watch cartoons? 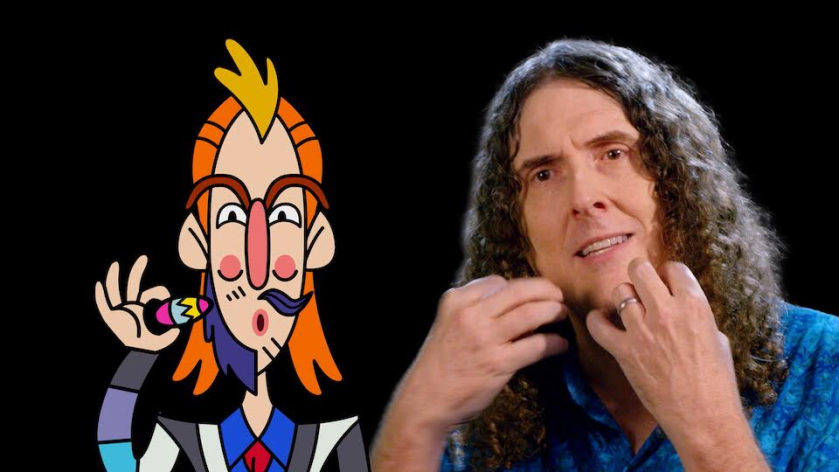 Overall, ‘Spike and Mike’s Festival of Animation’ is a fun nostalgia trip for anyone who may have attended the festival or know about it beforehand. It’s very informative, has incredible interviews with people like Weird Al, and I strongly recommend checking it out!