Directed by Max Barbakow, ‘Palm Springs’ stars Andy Samberg and Christin Milioti as two people who’ve found themselves doing the same routine over and over. After realizing this, they work to try to fight the same day routine and move into a bright new future in this very fun, albeit already tried formula that I really enjoyed!

If you’ve seen this film and read the opening synopsis I just gave, you know how vague I wanna be here, so it’s tough to nail down and explain to you why this is such a good film without spoiling things, so bear with the vagueness. The story has been done before in different classic films but with ‘Palm Springs’ They were able to bring new life into it and give a unique take on it.

The comedy in this is outstanding, I was howling at the beginning moments with Andy Samberg and he continues to be one of the hottest comedians in Hollywood because of how funny and creative he is. His co Star Christin Milioti is also hilarious in this, and their chemistry is on point. Supporting them is JK Simmons, who for reasons revealed in the film is hunting Samberg’s character. He is one of those actors that whatever film he does he is one of the better parts of it, and he again shines in this. 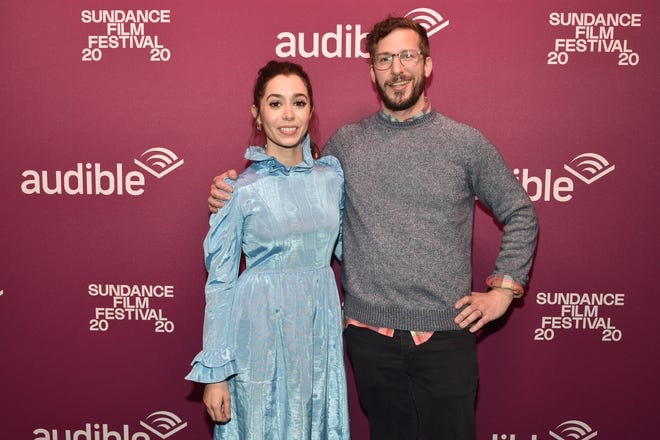 The music is also incredible in this, done by Matthew Compton it has a unique sound to it that blends well with the story. Director Max Barbakow is able to tell a very engaging story that doesn’t need to have a heartfelt message or redeemable characters, in a sense really nothing about what’s wrong with either leads gets resolved, but it’s the journey that makes the film to fun to explore.

Overall, ‘Palm Springs’ is funny, charming, with standout performances, even if the plot has been covered before, go into this in the dark and you will have a great time!