If you know anything about celebrities and performers that Americans youth have grown up to love, nobody quite compares in genuine kindness and service to the community at large than Mr. Rogers. Nobody aside from possibly Tom Hanks. That’s why I was delighted to hear that Hanks would be portraying the beloved children’s entertainer in ‘A Beautiful Day In The Neighborhood’. Directed by Marielle Heller, this story revolves around the friendship between Mr. Rogers and journalist Tom Junod (played by Matthew Rhys) and the Esquire article by Junod covering Mr. Rogers.

I wanted to start this review off by recommending you watch a documentary film from last year called ‘Won’t You Be My Neighbor’. I strongly recommend to those of you who have either a hazy or no recollection or knowledge of Fred Rogers and his iconic television program because while ‘A Beautiful Day In The Neighborhood’ is centered around Mr. Rogers, it isn’t about him so much as it is inspired by him. The documentary will do a great job not only to catch you up to speed with the legend himself, but it’ll help to make moments in this film a little more special. With that said, let’s discuss the movie. 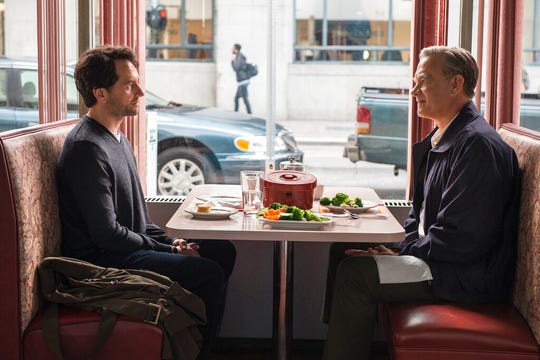 Tom Junod is a very cynical journalist, with family issues and a lot of resentment and mistrust in his life has led him to have little to no relationship with his drunk father (played by Chris Cooper) and no peace of mind for the hardships he had to endure in life. Junod is tasked with covering Fred Rogers and his children’s show for Esquires ‘Hero’ piece. What transpires after that is an exploration by Rogers into the mind of Junod. The movie begins exactly like a Mr. Rogers program would normally start, except this time, the episode is for adults, not kids. The messages were more nuanced, powerful, and impactful to anyone who chooses to watch the movie. It felt like this movie had been created by Mr. Rogers himself. 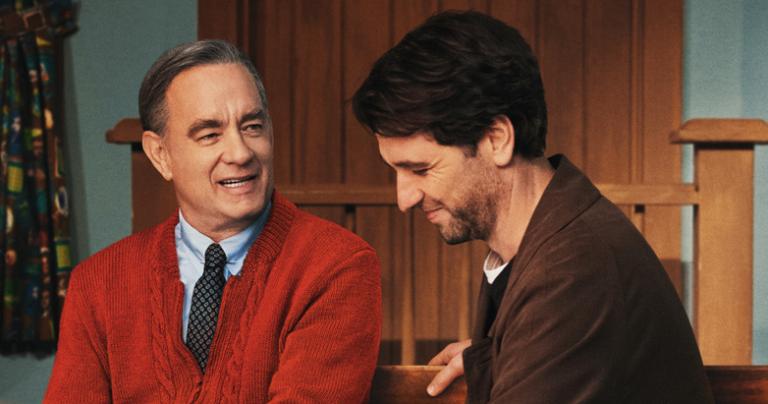 Tom Hanks kills it as Fred Rogers. I did not see Hanks for the entire runtime, Instead, he completely embodied the character and disappeared into the role. I loved that the movie chose to not cover Mr. Rogers from birth to death, but chose to focus on the relationship with him and Junod. Matthew Rhys also is excellent in his role. You buy into the relationship between him and his father, I could see him winning awards this year for how good he was in this. 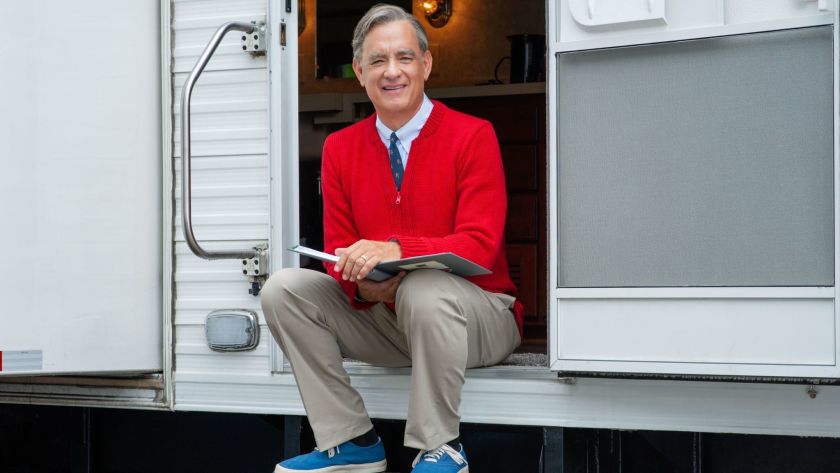 The directing, cinematography and stylistic choices were all on point for this. I liked and thought it was very smart to use transitions and cuts with stop motion animation that reflected Mr. Rogers’s show. The set design for all of the miniature sets was great and should be pointed out here. As well the music was very good and in keeping with the kid’s show with the piano being the driving instrument. 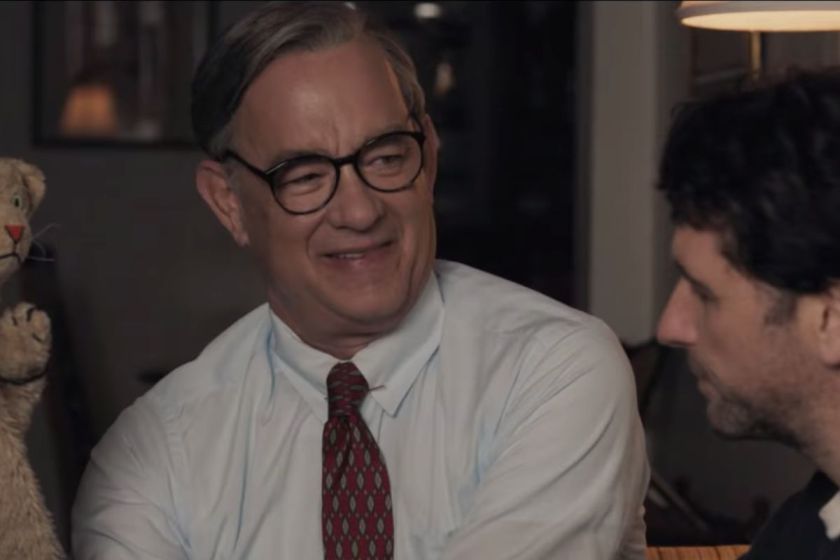 I really enjoyed ‘A Beautiful Day In The Neighborhood’ it is a feel-good movie that anyone can walk into and get something out of. The strong themes of kindness and forgiveness are powerful and I think this film does a great job of showcasing all of the best of Mr. Roger’s teaching with a modern and approachable story. Go check it out as soon as you can!

I’m giving ‘A Beautiful Day In The Neighborhood’ a…