Quentin Tarantino is a genius, let’s just start there. Every film he does, whether you like it or hate it, give a strong visceral reaction to every person who sits down to watch them. His unique voice and incredibly writing are what many writers and directors aspire to. Showcased in 1969, ‘Once Upon A Time… In Hollywood’ is Tarantino’s 9th film (allegedly he will be retiring from directing after his 10th film) and stars Leonardo DiCaprio and Brad Pitt as semi-washed up actor Rick Dalton, and his stunt double Cliff Booth. 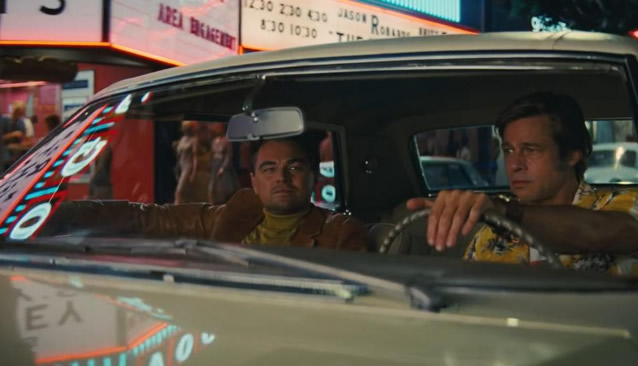 Rick Dalton is coming to grips with the life of a big-time actor slowly fading into memory, relying on his best friend Cliff to help him overcome the three-headed dragon of his self-esteem. Cliff Booth is also struggling for work as Rick’s stuntman because most of Hollywood refuse to hire him because of something in his past that we aren’t quite sure if he’s guilty of not guilty of.  These two unlikely pair are the heart and soul of the film, as ‘Once Upon A Time… In Hollywood’ is a much more personal and small story than what most people are going to expect. You get a lot of the relationship beats between the two, and the actor’s chemistry is off the charts. I loved their characters, particularly Booth, who is going to be remembered very fondly as one of Tarantino’s list of ‘bad-ass’ characters. 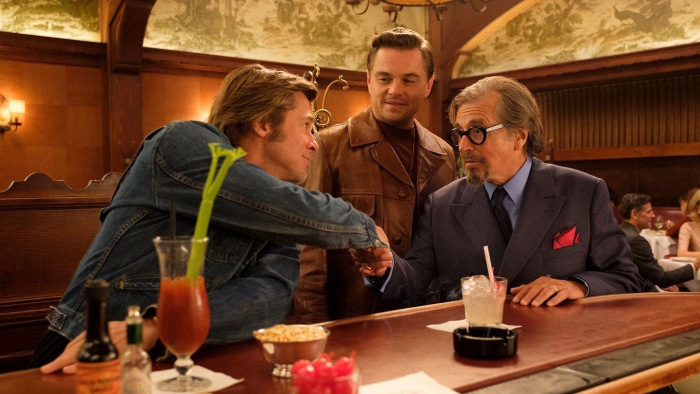 I loved the cinematography, all of the calm moments with Brad Pitt just driving around LA, and what LA really was like back during that time was really fun to watch. There are some fantastic actor showcases for both DiCaprio and Pitt, and one scene had me gripping my armrests it was so well crafted and suspenseful. To put it simply, this is a story about friendship, brotherhood, and the harsh realities of what being famous in Hollywood can actually look like (or was, since this is a period film).  What this film is not, however, is what has been marketed and whispered about as an ensemble film centered around Sharon Tate and the Manson Family. 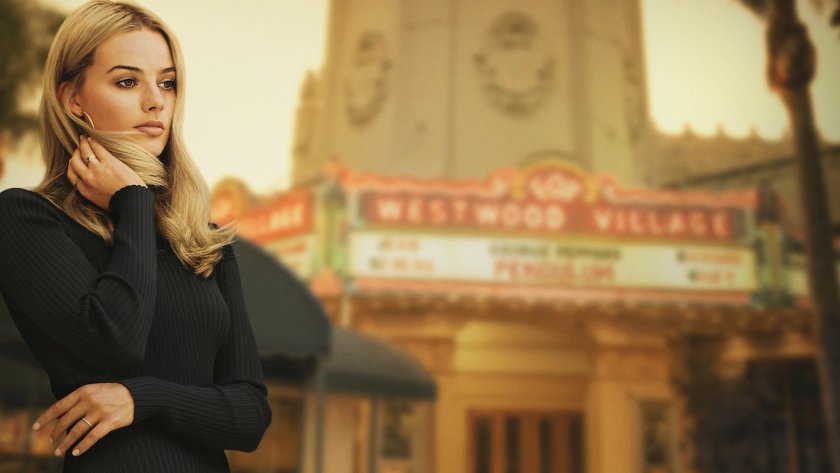 Here’s where we get into the biggest flaws of this film for me. Tarantino’s films always have a sense of justice, rewriting history to show us what killing Hitler would look like, or a freed Slave turning into a black superhero during slave times. There’s always a sense of fairness and true ultra-violence in how Tarantino crafts his films, but with Sharon Tate (played by Margot Robbie) and the Manson family I would go as far as saying there not only wasn’t justice for Tate, or revenge on Charles Manson in particular. The 3rd act scene I’m referring to does little to make me feel like there was a need to add any substance from the Manson Murders, but only to be a funny punchline to the two leads and that comes across to me as an insult to the memories of the victims of this tragedy, that’s played for laughs and never really explored. The film honestly works better if it weren’t hitched to this storyline that feels forced into another film rather than feeling like a puzzle piece to the story you can’t take out.

Margot Robbie as Tate is great, though she has very little dialogue and most the time is just in the background of the overall story. I don’t think this is Tarantino’s worst film, but It’s his most unfocused and confused film. When Tarantino makes a film, there is always controversy, but with this film, I think it might for once finally be warranted to look at the treatment of some characters, specifically female characters who in this are truly one-note and either crazy or mute. But there are feet… lots and lots of feet.

Take all this with a grain of salt, because as Tarantino is a controversial director everyone is bound to have a different reaction leaving the film. Overall, ‘Once Upon A Time… In Hollywood’ is a bit of a mixed bag, with one side of the film being great, but the other shortsighted and sloppy. Go see it either way!