The Big Sick is directed by Michael Showalter and stars Kumail Nanjiani, Zoe Kazan, Holly Hunter, and Ray Romano and is about Kumail’s real life relationship with his wife, who after 2 months of dating became very sick and was put in a medically induced coma. He’s then faced with having to not only explain the situation and interact for the first time with her parents, played by Holly Hunter and Ray Romano, but also deal with his parents, who are adamant about him being in a traditional Pakistani arranged marriage and sticking to his cultural roots.

There has been a lot of buzz going around about this movie and for good reason. I’ve loved Kumail in Silicon Valley and after hearing that The Big Sick was co-written by him and his wife, Emily V. Gordon, I was very much looking forward to seeing this film.

Often with comedies, we get what you might call “One-dimensional stories”. Either the humor is dialed up and the story begins to take a backseat, or the Emotion and message of the film take too much control of the comedic moments, making it feel totally unbalanced. What I can say about the Big Sick is that not only does it walk the difficult tightrope of blending comedy and human emotion, but it ends up being one of the most laugh out loud and charming films I have seen so far this year.

What I love about the characters in The Big Sick is how relatable each of their situations is, and they all are dealing with family and what that means to each character. Kumail balancing what he wants to do over what he feels he should do because of his family traditions is so well told in this film, and Kumail is so relatable and effortlessly funny playing himself, he sets himself up as a strong lead character. 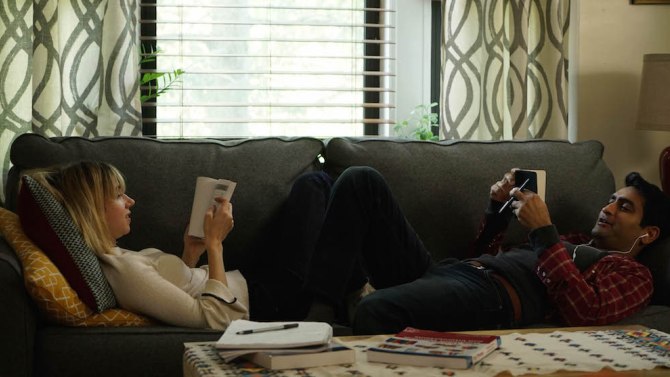 As well the relationship between him and Emily in this film portrayed by Zoe Kazan. They had great on -screen chemistry and again, nothing felt forced or out of a fairytale when it came to their relationship, It was genuine, charming, and universally relatable. 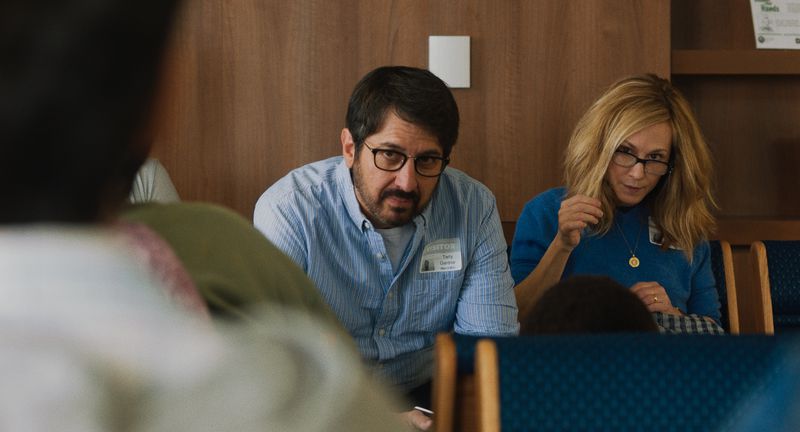 Emily’s parents played by Holly Hunter and Ray Romano give the best performances in the film by far. Holly Hunter as the overbearing mother but still has a sense of love and compassion, one scene specifically stands out during one of Kumail’s stand-up sets where Holly Hunter just goes off, on this sweet bro. It left me dying on the floor laughing, she gave a terrific performance, and Ray Romano as the cautious and somewhat neurotic father who attempts to strike a balance between his wife and Kumail, he plays the perfect father in this role and his comedic timing is off the charts!

Kumail’s parents played by Zenobia Shroff and the incredibly famous Bollywood actor Anupam Kher also give strong performances, showing the dynamic of a traditional Pakistani family and what the Pakistani culture means to them while raising a son in America. I love how they explored that in the film and thought they also gave great performances.

The humor is non-stop. I can’t remember a joke that fell flat they all landed and were spaced out evenly throughout the movie. If there was any real complaint I had with the film It would be similar to ones I’ve had in the past with Judd Apatow-produced films like Bridesmaids or Trainwreck, where I feel the ended goes on for just a little too long.  The Big Sick is such a streamlined movie that the ending felt like it could’ve been cut a little shorter, a little of the fat trimmed, however, you want to call it, It just didn’t quite seem to know where to end. As well the side characters played by Bo Burnham and Aidy Bryant are pretty inconsequential, you can replace the actors with any stand-up comics and they would give the same performances, however, they had their funny moments.

Overall I believe this is the best comedy you will come across this year. A year that has suffered needlessly by political divisiveness, people need a comedy like this more than ever. To buck the stereotypes of Muslim culture, to remind yourself how to laugh at tragedy, to love unconditionally, and to connect with everyone you meet. 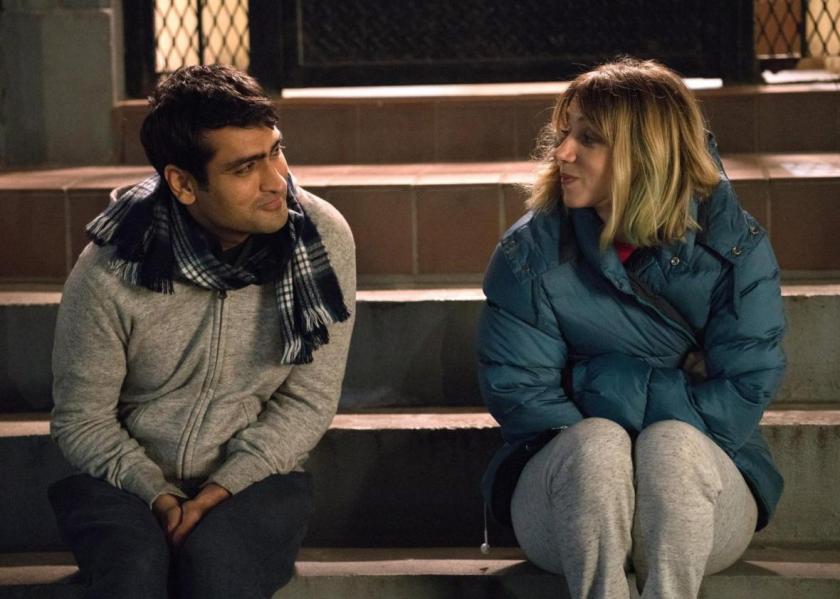